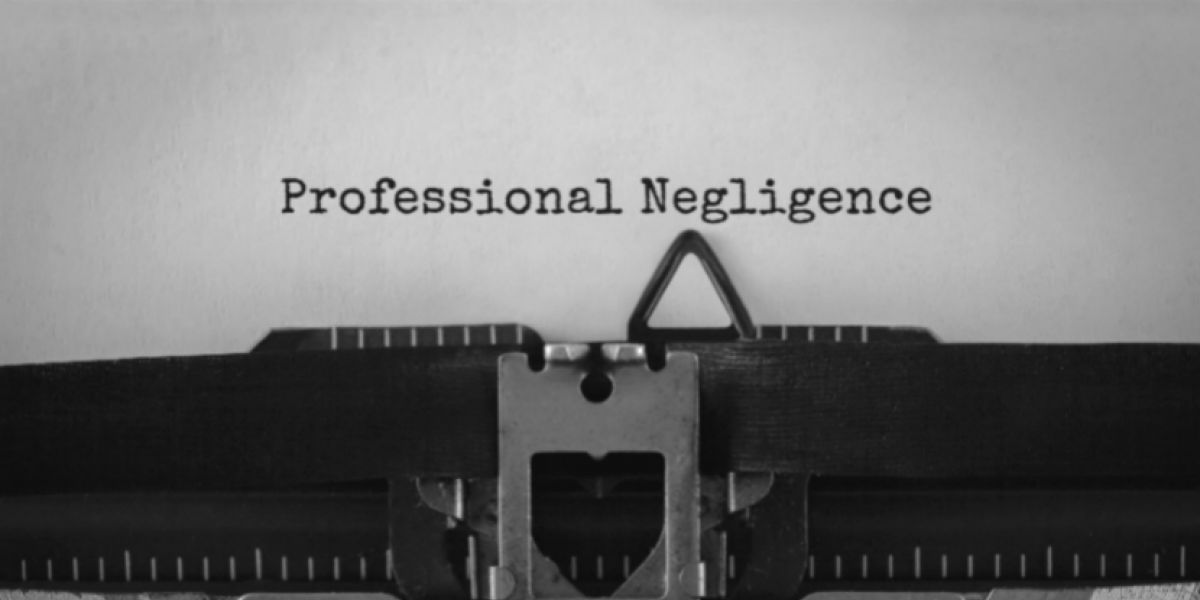 A Guide to Professional Negligence

What is professional negligence?

When you think of a professional person being negligent, many people will simply assume it relates to bad advice, carelessness or poor conduct.

Generally, the scope and depth are wide, but professional negligence specifically occurs when a professional person fails to perform his/ her duties to the required standard. This failure has then caused the professional’s client to suffer a loss.

Who is a “professional”?

A professional is a person with a particular skill, for which they are paid. Examples include a surveyor, architect, solicitor or accountant, but the list is extensive.

Who can bring a negligence claim against a professional?

The professional must owe the person making the claim a duty of care.

Generally, in professional negligence cases, this arises when there is a contractual relationship between the parties, and if this is the case, the claimant will also have a breach of contract claim.

However, there doesn’t always have to be a contract as it is taken as given that professionals assumed responsibility towards their clients.

Potential claimants should be aware that bad service or an error does not necessarily constitute negligence. After a duty of care has been established, to prove negligence the client must also show that:

How long does a potential claimant have to bring a professional negligence claim?

Court proceedings must be brought within a certain time limit for a negligence claim.

The general rule in a professional negligence claim is that the claim must be brought within six years from the date of the negligence.

In some situations, however, where the negligence only becomes apparent later down the line, this period may be extended. The the limitation period is then three years from the date of knowledge of the facts which give rise to the claim.

There is however a longstop date of 15 years within which claims must be brought.

Other factors in negligence

Claimants should be aware that in negligence claims, they have a duty to mitigate their losses. What this means is that a person claiming negligence must take reasonable steps to minimise their losses; they can’t simply allow or losses to accrue when they could be prevented, and they must avoid any steps that could increase their loss.

In a professional negligence claim, if the claimant fails to mitigate their loss they will not be able to recover damages for losses which could have/ would have been avoided if the claimant had taken reasonable steps.