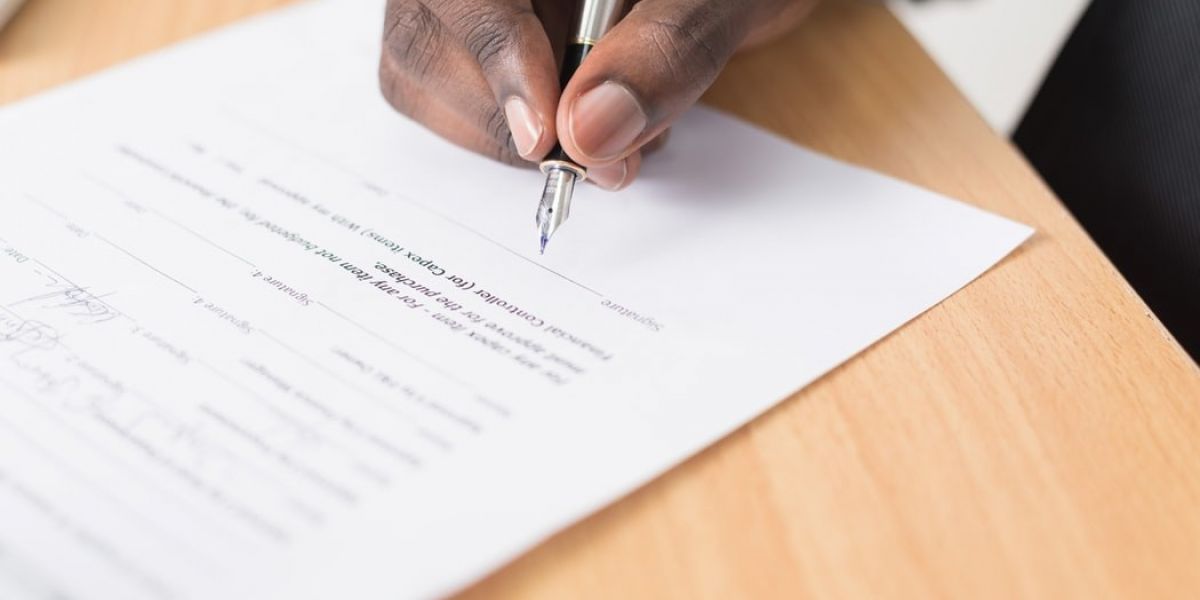 In recent times a myriad of models of working have developed, further complicating the already murky issue of whether an individual is an employee, a worker, or a self-employed independent contractor (SEIC). The "gig economy", where individuals are engaged by businesses on a flexible, ad hoc basis, has presented problems for determining employment status, both for the purposes of employment rights and tax liability. Names, labels and terminology can sometimes hinder, rather than help. Is an individual a casual worker? Are they “on the bank”? Do they have a zero-hours contract? Are they a freelancer, a consultant, a contractor, on the bank, casual labourers, seasonal workers or are they genuinely self-employed? And why does it matter anyway?

In this series of three blogs we will explore the following:

1. 1 Moving in the direction of greater worker protection.

1.2 Why the wrong label matters – the hierarchy of rights.

2. Getting it right – the “irreducible minimum”.

3. Other tests and the impact of Uber for employers.

Read on to learn more about the importance of calling a spade a spade… except where it’s a five-pronged implement for manual digging!

In view of the precarious nature of engaging individuals on short-term contracts rather than offering permanent jobs, and the scope for exploitation of vulnerable individuals, courts and tribunals are shifting away from what is written in the contract between the parties and focusing instead on the reality of the relationship between them in practice. The driving force behind this move away from interpreting contractual terms, towards a deeper analysis of the relationship, appears to have been a policy decision by Lord Leggatt, in the now infamous Supreme Court case of Uber BV v Aslam and others [2021], to protect individuals who are in a position of subordination and dependency and are being denied their statutory rights as employees or workers simply because they have been ‘labelled’ (or rather mis-labelled) in their contracts as SEICs . Firms, such as Uber, who have adopted “creative contracts”, drafted to offer only SEIC status, are coming under increasing fire from the courts. In short, the clear message to employers is that you cannot hide behind a sham contract.

Following ‘hot on the heels’ of the Supreme Court decision that Uber drivers are workers, not SEICs, the Court of Appeal has recently refused permission for the taxi firm, Addison Lee, to appeal against the Employment Appeal Tribunal (EAT) decision that its drivers are workers too. Another blow for big firms operating in the gig economy but a huge victory for Addison Lee drivers and workers’ rights in general. It is fair to say that the courts are definitely moving in the direction of more worker protection.

The modern workplace has evolved rapidly, with the development of the ‘gig economy’ and new ways of working. Freelance workers, contractors working via personal service companies, and workers accessing web-based platforms are now all key players in the modern workplace. With the tax and employment rules struggling to catch up, employment status is very much in the spotlight. Failing to correctly categorise your staff can lead to problems further down the line, not least from ‘mis-labelled’ staff claiming employment rights but also from HMRC claiming unpaid tax under the IR35 regime.

There are two categories of workers enjoying differing levels of employment protection: employees and statutory workers. The third category – the self-employed independent contractors (SEICs) - do not enjoy the statutory protections available to employees or workers. But beware the labels that are applied as they may be meaningless, unless they reflect the reality of the situation. As the case law grows and develops it is becoming very clear that what matters most in categorising the status of staff, is not how you label someone but rather, what they actually do in practice. As Lord Templeman graphically put it, as long ago as 1985 in the famous case of Street v Mountford: “The manufacture of a five-pronged implement for manual digging results in a fork even if the manufacturer, unfamiliar with the English language, insists that he intended to make, and says he has made, a spade”!

There is a hierarchy of employment rights with employees at the top, SEICs at the bottom and workers somewhere in the middle. The distinction between the three categories of employee, worker and SEIC is significant for a number of reasons including, but not limited to, the following:

There is an obvious hierarchy of rights at play and it is often for this reason that employers are keen to categorise individuals as SEICs rather than workers or (the most protected category) employees. Conversely, it may be the case, that for tax purposes, an individual is keen not to be categorised as an employee. However, that view must be balanced against the loss of employment rights. This is often the reason why individuals seek to challenge their employment status on termination of their contracts, arguing that they were, in fact, employees and entitled to protection against unfair dismissal and/or a redundancy payment. Or, where individuals seek to challenge their categorisation as SEICs to argue that they are workers and entitled to the minimum wage or holiday pay – as in the much publicised cases in the “gig economy” involving delivery drivers (see Uber, Deliveroo, Yodel), taxi drivers (see Addison Lee) and plumbers (see Pimlico Plumbers). Or, where individuals, employed via their own personal services company seek to argue that they are neither employees nor workers but rather SEICs for the purpose of avoiding higher taxation under the IR35 regime (see HMRC v Atholl House Productions Ltd, involving the journalist and broadcaster, Kaye Adams).

Given that the direction of travel in the courts and tribunals is towards protecting subordinate and dependent individuals there is an increasing risk that individuals will be incentivised to challenge their employment status in the hope of benefiting from the protection of the statutory rights associated with employee and worker status. That is borne out by the flood of cases coming through the courts and tribunals in past few years, and which continues apace, with many key cases soon to be determined on appeal. The financial consequence for employers goes far beyond the expense of lengthy litigation when successful claims can lead to significant awards for unfair dismissal, statutory redundancy payments, injury to feelings and backdated holiday pay and wages.

As we know, in employment law, three categories of individuals are recognised as distinct in providing their services in the job market. To recap, these are:

The question of whether an individual is an employee is not easy to answer. The cases regarding employment status go back many years and, to this day, it remains unhelpfully impossible to set down a clear set of defining criteria against which an individual's status can be definitively determined. In recent times, most notably in the Uber case, the courts have demonstrated an increasing willingness to move away from what the written contract says and to consider instead the degree to which the individual is dependent on, and subordinate to, their employer. As we will see, this has only added to the difficulty of determining employment status.

Having understood the importance of getting employment status right, the obvious question is: where do we start? There are statutory definitions for the first two categories of employee and worker. These are not comprehensive, and the current position has been substantially defined through case law.

ERA 1996 contains the most significant legal rights for individuals categorised as employees. ERA 1996 defines an employee as:

"an individual who has entered into or works under a contract of employment".

So far, not particularly helpful and with an obvious focus on the contract. A bit more explanation is provided in the definition of a contract of employment, although that too is brief and on its own adds very little by way of understanding how the categorisation of employment status works in practice.

A contract of employment means:

"a contract of service or apprenticeship, whether expressed or implied, whether oral or in writing".

The binary divide between employees and SEICs was blurred when the hybrid status of "worker" was created by statute. "Worker" status reflects the fact that some individuals, whilst not full-blown employees entitled to the whole range of employment rights, are nevertheless not fully "independent" and are deserving of some statutory protection.

"an individual who has entered into or works under either:

(a) a contract of employment, or

(b) any other contract, whether express or implied and whether oral or in writing, whereby the individual undertakes to do or perform personally any work or services for another party to the contract whose status is not that of a client or customer of any profession or business undertaking carried on by the individual".

It is clear from the first part of the test that all employees are workers. However, it is the second part that has been subject to extensive scrutiny by the tribunals and courts to determine what types of working arrangements fall within its scope.

Taken a face value, the second test appears to have two requirements:

The key case of Byrne Brothers laid down guidelines for the consideration of each element of the statutory definition. The judge noted that the effect of the definition of "worker" is to lower the "pass mark" for those who fail to reach the high pass mark necessary to qualify as employees – despite this they may still qualify as workers. What the pass mark actually is for worker status and employee status was left undefined and remains a matter to be decided on a case-by-case basis. One thing is certain: this is by no means is a straight-forward exercise and demands careful scrutiny of the case law and the specific facts of each case. The tests are largely the same for both employee and worker status. The pass mark for workers being somewhat lower than for employees. There are no ‘bright lines’ to assist with this process and there will always be border-line cases falling within the blurred spaces between the three categories. Equally as frustrating for lawyers as it is for employers.

In the second blog in this three-part series, we will look in depth at the tests used by the courts and tribunals to determine employment status. Bear in mind, that Uber has not rewritten the previous case law tests but it is has shifted the emphasis onto who is in control in the relationship and away from what is written in the contract between the parties.