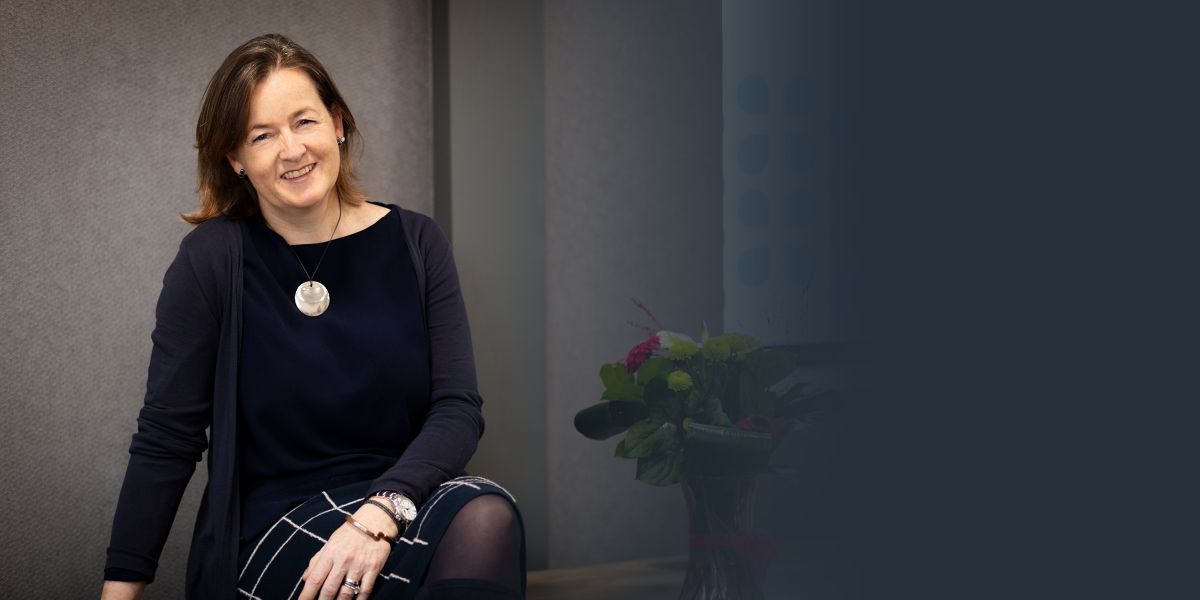 In this introductory note, we will consider the thinking that underpins the legal statement as regards cryptoassets and smart contracts. We will consider related issues – such as the data protection implications – in future updates.

What is the purpose of the legal statement?

In his Foreword to the legal statement, Sir Geoffrey Vos noted that, in legal terms, cryptoassets and smart contracts ‘undoubtedly represent the future’ but recognised that uncertainty as regards their legal status, often the greatest barrier to adoption, investment and development of new technologies, has led to a lack of market confidence. The development of cryptoassets and smart contracts is of great significance to the global financial services industry and, accordingly, the primary objectives of the legal statement were to offer an answer to the critical legal questions and to provide an element of certainty as well as a basis from which to develop an understanding of how (and to what extent) regulatory oversight might be put in place in this area. Highlighting the ability of English law to accommodate technological and business innovations, the statement focuses on the aspects of cryptoassets and smart contracts which are novel and distinctive and considers how, and the extent to which, general legal principles apply.

There is a wide spectrum of different types of cryptoasset, the key unifying factor being that their use and operation depends on cryptographic proof instead of trust. Electronic wholesale and retail payment systems are a key application, with cryptocurrencies – systems where digital tokens (such as ‘bitcoins’) take the place of traditional currencies, becoming more widely available. A cryptoasset is ultimately defined by the rules of the particular system in which it exists but is typically represented by two ‘data parameters’ or sets of information – also called keys. There is a public key, which contains or references information about the asset (ownership, value and transaction history, for example), and there is a private key which allows authentication of any dealing in the asset by digital signature. Ownership or control of the private key allows practical control of the asset.

Because there is such a variety of cryptographic systems in use, and because this is an area in which technology is developing rapidly, the authors of the legal statement have not sought to suggest a precise definition of a ‘cryptoasset’ but, rather, have identified what features cryptoassets have that make them novel and/or distinctive by comparison to a conventional asset and then considered how these features are relevant to the legal status of cryptoassets.

Conventional assets are typically ‘things’ with which we have relationships recognised by law. We may own our house or rent a house owned by someone else. Assets can be tangible (we can physically possess and control them) or intangible, subject to our control through a right recognised by the law. Copyright is an example of an intangible asset. The owner of the copyright work has the right to prevent unauthorised use of it. For the law to recognise something as ‘property’ it has generally to be definable, identifiable by third parties and to have some degree of permanence or stability.

To what extent can these criteria be met by cryptoassets? There is an argument that the way cryptoassets work means that they sit outside traditional legal rules and processes. This is because dealings in cryptoassets are typically made by non-legally binding consensus between users of a particular system: cryptographic authentication and validation by the public and private keys, using strong encryption methods, make dealings irreversible. Any dealing of a cryptoasset is broadcast to a network of participants and then, once validated, added to a digital ledger. The ledger keeps a reliable history of transactions. The ledger may be distributed and decentralised, that is shared over the network, with no single entity having either the responsibility for maintaining it or the right to do so. It is argued that this decentralisation and disintermediation, and the lack of any single responsible party who can be compelled to act at the direction of a court, means that the law is irrelevant to dealings in cryptoassets. This argument is rejected by the authors of the legal statement who take the view that, whilst the design of cryptoassets may create some practical obstacles to legal intervention, this does not mean that cryptoassets are outside the law.

The legal status of cryptoassets

The statement identifies the principal novel and characteristic features of cryptoassets as;

Considering the legal features of ‘property’ (definability, certainty, identifiability by third parties and permanence or stability) the statement concludes as follows. The public parameter of a cryptoasset, interpreted in accordance with the rules of the relevant system, is sufficient both to define the asset and to identify it to other people with access to the system. In a nutshell, an electronic coin is a chain of digital signatures which can be used to verify the ownership and transaction history of the asset (although, technically, each transaction creates a new asset, defined by a new pair of data parameters). The private key allows the holder exclusive control over the cryptoasset and each asset is permanent in that it continues to exist until it is cancelled, redeemed or repaid. In relation to a cryptoasset’s permanence, a comparison is made to conventional financial assets, often represented electronically by ledger entries. The statement concludes that, despite the consensus mechanism raising some issues which introduce complexity, a cryptoasset within a commercial cryptoasset system with a significant number of participants, an established history of transaction and a generally stable set of rules is sufficiently permanent and stable to be treated as property.

What are smart contracts?

As with cryptoassets, a ‘smart contract’ is difficult to define precisely and, again, the legal statement analyses smart contracts by reference to what is novel and distinctive about them. Whilst people will still agree the terms of the agreement reflected in the contract, the key characteristic of a smart contract is that it is performed, at least in part, automatically. There is no need for human intervention – and in some cases intervention is impossible. Smart contracts consist of electronic instructions drafted in electronic code, which will self-execute once certain conditions are met. Many smart contracts are embedded in a networked system that executes and enforces performance using the same techniques as briefly introduced above in relation to cryptoassets – cryptographic authentication, distributed ledgers, decentralisation and consensus. Simply put, the computer programme facilitates, verifies and enforces the performance of the contract.

In considering whether smart contracts should be treated as contracts for legal purposes the statement looks back to the legal requirements a binding contract must satisfy – which are essentially that agreement has been reached on terms that are certain, that the parties intend to be legally bound by the agreement and that each side has promised something of value. If these key elements of a legally enforceable promise are present then the legal statement concludes that there is no reason why the normal rules should not apply just because a potential contract is a smart contract. The analysis will, in principle, remain the same even if (when) ‘contracting’ diverges further from what might be termed ‘traditional’ contractual models, although less conventional conduct will need to be considered as and when it occurs.

Are smart contracts a good thing?

Smart contracts have the capability and function to ensure unbiased, trustworthy and consistent contract administration. This means that issues could be resolved prior to any dispute crystallising. The process for a smart contract can ensure that there is a robust and reliable audit trail of past events, thus reducing the scope for disagreement, and if a dispute does arrive the ledger will provide a clear record from an unbiased perspective.

However, smart contracts are a work in progress: they are far from complete. Several grey areas remain where it is not clear that they will be advantageous. Take certainty, one of the key requirements for an enforceable contract. The strict, unambiguous language of code allows the parties to record their agreement using code just as they can with paper and, in doing so, ensure that the contractual terms are sufficiently certain. Like many computer programs, smart contracts are codified using logic which removes ambiguity so that the code will ensure that something either happens or does not happen. The room for interpretation in traditional language does not exist and neither does the ability for the parties to adapt the agreement to reflect changing circumstances without having to redraft it. If there is an error in the code, its certainty is a disadvantage rather than a benefit. For a simple agreement, where the parties would benefit from a pre-determined outcome, a smart contract might prove ideal. In a situation where the parties’ circumstances are liable to change, however, the ability of a traditional contract to allow an element of flexibility might be preferable.

What next for cryptocurrencies and smart contracts?

The law surrounding cryptocurrencies is in its infancy but it is developing quite quickly. A recent decision from the Commercial Court (AA v Persons Unknown [2019]) has confirmed the legal position that cryptocurrencies can be considered property. The case involved an application made by an anonymous English insurer. The four defendants comprised two persons unknown and two entities trading as the cryptocurrencies exchange “Bitfinex”. An insured customer of the English insurer had been held to ransom following a “ransomware” hack which left its systems encrypted and unusable. The customer, also an insurance company but based in Canada, had made payment of US $950,000 in Bitcoin in return for a decryption tool. Following payment of the ransom, the insurer undertook investigations and tracked the transferred Bitcoins to an address linked to the cryptocurrency exchange. In order to decide how the case should proceed, it was important for the status of the cryptoassets to be confirmed, and, particularly, for a decision to be made as to whether they could be classified as property. The judge used the ‘detailed and careful consideration’ set out in the legal statement to underpin his decision that the crypto currencies in this case could be regarded as property for the reasons identified in the legal statement.

So, while this is not the first common law decision to consider the status of cryptoassets, it is both the first to give detailed consideration to the point about their legal status and the first to consider the careful reasoning of the legal statement. The endorsement of this key conclusion by the High Court in a decision less than a month after the legal statement’s publication will strengthen its conclusions across the common law world. For both cryptoassets and smart contracts the legal statement represents a clarification of issues which, although not new, have become relevant to the reflection of technological competencies in current financial and business practice. The legal statement is not all encompassing. It does not, for example, consider regulation of dealings in cryptoassets (and for a commentary on policy and regulatory responses, see the House of Commons Library briefing paper 8780, published on 19th February: HoC Report: https://researchbriefings.files.parliament.uk/documents/CBP-8780/CBP-8780.pdf ). Nor does the legal statement address the remedies which the law may provide when things go wrong. The objective of the legal statement, to provide the best answers to the critical legal questions from an English law perspective, has, however been achieved. The legal statement is a series of well-thought-out arguments – whether or not the courts agree or disagree in the particular context of questions which will continue to arise as the technology develops will be interesting to see.