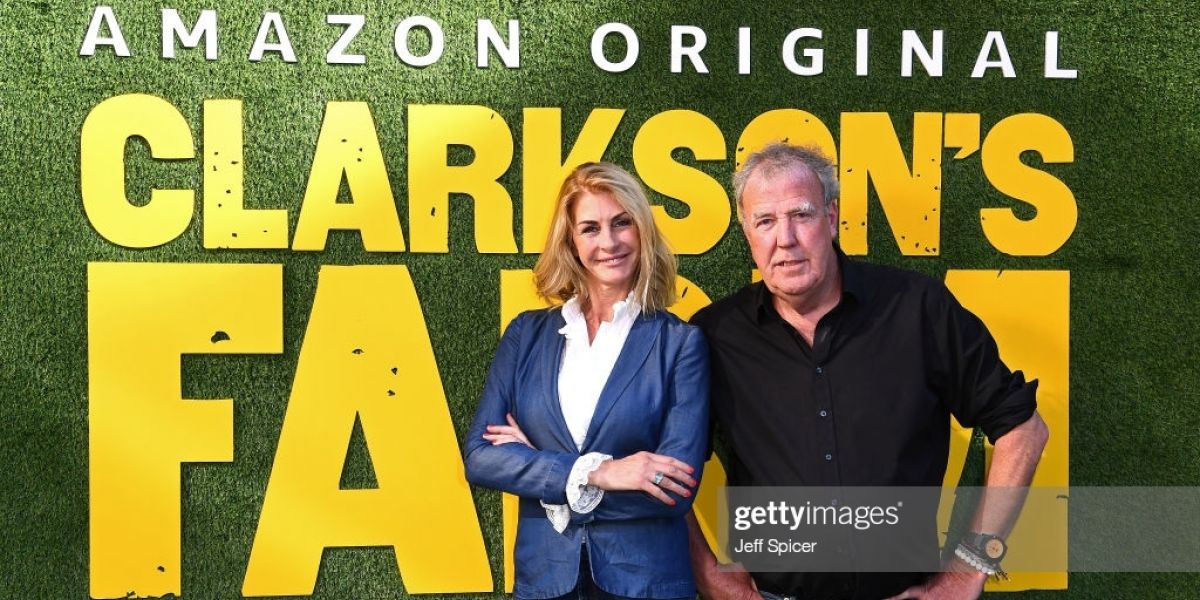 Following the resounding success of Clarkson’s Farm, it is great to hear that the show will be returning for second series showcasing his antics and experiences of owning and running a farm in modern day Britain. Behind the wheel of his over-sized and impractical Lamborghini tractor, we have all been able to gain a real insight into how a complete novice of the farming world would attempt to run a successful and profitable business.

The decision to become an active farmer as opposed to a mere landlord may have seemed like a great idea for a new TV show but more importantly, it allowed the numerous challenges and pitfalls to be showcased in spectacular fashion. Armed with three quarters of a million bees, a barking sheepdog drone and zero farming knowledge, the task of seeding, ploughing and harvesting his 1,000-acre farm as well as rearing a flock of sheep, was severely underestimated on Jeremy’s part.

Despite a great supporting team including Kaleb the stable hand, Gerald the dry-stone wall specialist, Charlie the brutally honest land agent and his girlfriend Ellen who ran his Diddly Squat farm shop, Jeremy realised that farming is certainly not for everyone… More importantly, he helped people all over the world to realise how unbelievably difficult farming can be and how the decision to pursue a viable business in this sector is more of a way of life than simply a means to turn a profit (or lack thereof in Jeremy’s case!).

Our Head of Property and Agribusiness specialist Richard Miller is from farming stock himself, as well as working within the agricultural industry for us. We asked him a few questions about the series…

Richard, you’re from a farming family and work with farmers day in day out, what did you think of the series?

I thought it was some of the best television I’ve seen in years. Aside from the blatant comedic setups that were doomed to fail, Jeremy provided members of the public with a complete reality check in terms of the harsh reality of UK farming in the modern era. At a time when educating the public about the agricultural sector has never been more important, this show was perfectly timed to share much needed insight into the life of a farmer and the real pressures, frustrations and treacherous financial implications that the day to day running of such a business brings.

Do you think the series might have changed how farming is perceived in the UK?

I really hope so – the levels of regulation our farmers are expected to deal with are higher than any agricultural industry in the world. Looking at Jeremy’s experiences on the show, you can genuinely see how this impacts upon the ability to run a business. The show also depicted the environmental role that farming has to play as we begin to take global warming seriously to the point of implementing real practical steps to bring down our emissions and develop a sustainable economy.

Do you think people will have been aware of the many rules and regulations that farmers have to abide by?

Absolutely not – the series provided an insight into this but it is just the tip of the iceberg. Hopefully the second series will share even more examples of red tape and burdensome regulation that is a fact of day-to-day life for farmers in the UK.

At the end of the series Jeremy makes just £144 for the whole year and it really hits home to him how hard things can be for farmers and their families. Was that an extreme example, or something regularly seen?

It was a genuine example and whilst a more experienced and astute farmer could definitely have made more profit than this, the reality is that so many factors were beyond Jeremy’s control, the financial pitfalls were there for all to see. As financial support from the government is phased out of the agricultural sector, there will be an increasing number of businesses that will face trading years in the red rather than the black – the long-term impact of this will only come to being in time.

During the series we saw Jeremy attempting to grow Wasabi and using a barking drone as a sheepdog. How well would you say the farming community is diversifying to keep up with consumers?

I have the pleasure of working with some of the most intelligent and forward-thinking farmers in the sector. There have been and will continue to be considerable opportunities for farming businesses to diversify and explore profitable and sustainable additions to their existing operations. You just have to look at the top operators who achieved (and continue to achieve) astonishing results from embracing renewable energy projects to see how diversification can be successfully explored in order to meet the demands and needs of modern life. Those who align their businesses with what customers and consumers need are the ones that will thrive.

Clarkson’s Farm has been renewed for series two, will you be watching?

Richard is our Head of Property and a specialist solicitor in our Agribusiness team. If you would like to discuss any agricultural matters with Richard, you can contact him on 01228 552222 and hello@burnetts.co.uk