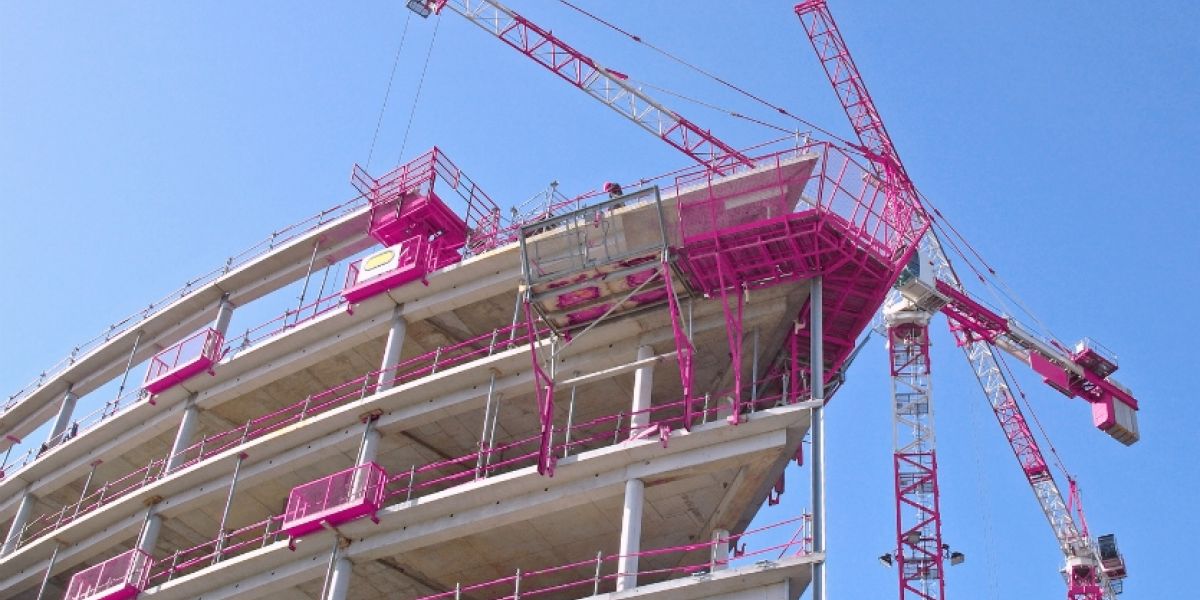 This followed an earlier 8.5 week period of consultation, during which nearly 30,000 responses to the draft revised NPPF were received.

This revised Framework replaces the previous NPPF and from 24 July 2018, forms a material consideration in the determination of planning applications.

In this article, we consider some of the highlights – and lowlights - of the revised NPPF and discuss how the policy changes affect both the development industry and Local Planning Authorities. We also review some of the reactions to its much-awaited publication and briefly consider whether the hefty feedback from the MHCLG consultation in March 2018 found its way into the final version of the Framework.

Local Authorities are required to identify a sufficient supply of sites to provide a minimum of five years’ land supply against their housing requirement and to include either:
a) a buffer of 5% to ensure choice and competition in the market or;
b) a buffer of 10% to account for any annual fluctuations in the market, if the authority is providing its five year supply through an annual position statement or recently adopted plan or;
c) a buffer of 20% where there has been significant under-delivery of housing over the previous three years.

At least 10% of the housing land requirement should come from sites no larger than one hectare. Further requirements include the identification of developable sites or broad locations for growth for years 6-10 and where possible for years 11-15 of the plan.

A penalty exists where the test indicates that housing delivery has fallen below 95% of the authority’s housing requirement over the previous three years.

The authority must prepare an action plan to assess the cause of under delivery and identify remedies to increase delivery over future years.

However, this test has infuriated some industry representatives. Lord Porter, Chairman of the Local Government Association, commented that "It is hugely disappointing that the Government has not listened to our concerns about nationally set housing targets, and will introduce a delivery test that punishes communities for homes not built by private developers. Councils work hard with communities to get support for good quality housing development locally, and there is a risk these reforms will lead to locally agreed plans being bypassed by national targets".

New guidance on viability testing: Then they came for the developers….

A further change introduced in the draft NPPF and finalised in the revised Framework is the shift in the requirement for viability assessment from the decision-making stage to the plan-making stage.

The accompanying Planning Practice Guidance (PPG) Viability states that during plan preparation, Local Authorities should work collaboratively with developers, the community and infrastructure & affordable housing providers to secure evidence on costs and values to inform viability assessment and the delivery of land allocations and realistic developer contributions policy. This, it suggests, is an iterative process.

Not every site will require individual testing before it is allocated in the plan. Rather, the PPG encourages Local Authorities to adopt site ‘typologies’ whereby sites are grouped by shared characteristics, for instance by location, site size and status (brownfield or greenfield) etc. Assumptions are then made regarding their viability as set against (developer contributions) policy requirements, average costs and values.

The NPPF advises that typologies are not to be adopted for strategic sites which are critical to the delivery of a significant proportion of planned supply or for sites that unlock others within priority regeneration areas. In such cases, the PPG prescribes that those sites be individually assessed.

In practice however, there remains a clear role for site-specific viability assessments at the decision-making stage particularly in circumstances where, for example, development is proposed on unallocated sites or where further information on infrastructure and site costs is required and/or in the case of recession where significant economic changes have occurred since the plan was brought into force.

For the purpose of plan making the revised PPG assumes 15-20% of gross development value (GDV) to be a suitable return to developers. Interestingly, the draft PPG cited 20% of GDV as a suitable return, a figure that is more widely accepted by the industry.

The revised Framework also comes with a warning to developers and other parties buying land – the total cumulative cost of all relevant developer contributions outlined in policies, including Community Infrastructure Levy (CIL) charges, must be factored into the price paid for land, which in itself is immaterial and cannot be used to justify failure to comply with relevant policies in the plan.

Responding to the earlier draft NPPG, Sam Benstead of the British Property Federation (BPF) commented that while BPF largely supports the approach to viability testing, ‘’there is a concern that the introduction of the [Existing Use Value] EUV plus methodology could delay the release of land for development, with landowners deciding not to sell due to the possibility of a reduction in their potential returns…….[with] the unintended consequence of stifling development activity by reducing the overall supply of land being made available’’ (BPF response to draft NPPF Consultation, para.30)

Green Belt: Test of ‘Exceptional Circumstances’ must be ‘fully evidenced and justified’

The new housing delivery mandate is to be achieved in the face of a redefined, more prescriptive Green Belt policy.

Green Belt boundaries should only be altered where exceptional circumstances are fully evidenced and justified through the preparation or updating of the plan.

The ‘exceptional circumstances’ test is subject to Local Authorities demonstrating that they have in the first instance exhausted criteria laid out in the revised Framework.

For Crispin Truman, Chief Executive of Campaign to Protect Rural England, the redefined Green Belt test, although largely welcomed, will not, he said, guarantee protection of Green Belt without the MHCLG "clearly defining that high housing targets are not ‘exceptional circumstances’ in and of themselves".

But for some under resourced Local Authorities, sourcing an effective housing land supply is a huge challenge in itself. Coupled with the challenges presented by the housing delivery test and the relentlessly increasing demand for new housing, the temptation to review Green Belt boundaries at plan preparation stage may prove too great.

Perhaps one of the most welcome changes of the revised Framework is the introduction of standardised guidance for the calculation of housing needs; a three-stage approach methodology aimed to provide consistency in practice amongst Local Authorities across England.

The standard method, which is set out in the accompanying NPPF Planning Practice Guidance - also known as ‘objectively assessed housing need methodology’ or ‘OAHN’ - is based on collection of Office for National Statistics data over the past 10 years, including, household projection and migration data and economic data, including median housing affordability ratios induced by market signals.

In its ‘Government response to the draft revised [NPPF] consultation’, the MHCLG advised that the standard method is likely to result in the minimum housing need numbers. For that reason, the guidance at present is still very much a work in progress pending release of new national household projections in September 2018, at which point the MHCLG will consider ‘’adjusting the method’’ to ensure that 300,000 homes are built per year by mid-2020.

Paul Smith, Managing Director of Strategic Land Group has mixed views on the method. The method he states has ‘’…numerous failings – not least the loss of any link to economic growth aspirations – but it does at least have the benefit of being definitive. Currently, one of the main delays in the Local Plan process is argument about housing targets and…different outcomes produced by the multitude of methods….employed. This change should stop that happening. There is still likely to be debate about how far housing targets need to be integrated with economic ones…it seems probable that there will be a court case seeking to clarify that point at some stage’’.

Following the omission of the term ‘’social rent’’ in the draft NPPF, Annex 2: Glossary of the revised NPPF reinstates the term within the meaning of ‘Affordable Housing for Rent’.

Duncan Neish of the National Housing Federation welcomes this change, since it’s absence in the previous draft NPPF was, he states, ‘’worrisome’’, particularly given the ‘’explicit inclusion of less affordable tenures, such as starter homes’’.

Starter Homes and ‘Discounted market sales housing’ feature in the revised NPPF Glossary and are defined under the ‘Affordable Housing’ umbrella.

For a definition of ‘strategic’ and ‘non-strategic’ policies referred to throughout the revised NPPF, reference to Annex 2: Glossary is required.

Strategic policies are defined in the glossary as ’policies and site allocations which address strategic priorities in line with requirements of section 19(1B-E) of the Planning and Compulsory Purchase Act 2004’. Generally, they forecast development need over a minimum period of 15 years.

Conversely, ‘non-strategic policies’, are those which may be contained in a local plan and/or a neighbourhood plan and are more detailed in nature.

The revised Framework appears to place greater emphasis on strategic policies than before and encourages cross-boundary planning and collaboration. For instance, The Development Plan must contain strategic policies but these can be contained in joint or individual local plans, produced by authorities working together or independently (and which may also contain non-strategic policies); and/or a spatial development strategy produced by a combined authority, where plan-making powers have been conferred.

In summary, while the revised NPPF is well-intentioned in its obvious drive to ensure the delivery of 300,000 homes per annum, the emphasis on numbers is discernible. The question is whether the revised Framework strikes the correct balance between the delivery of housing and other competing land uses and whether it goes far enough to protect Green Belt, cultural assets and open space. Perhaps the greatest concern in the short to medium term is how the already stretched Local Authorities will shoulder the burden of the cumulative impact of these relatively radical policy changes.