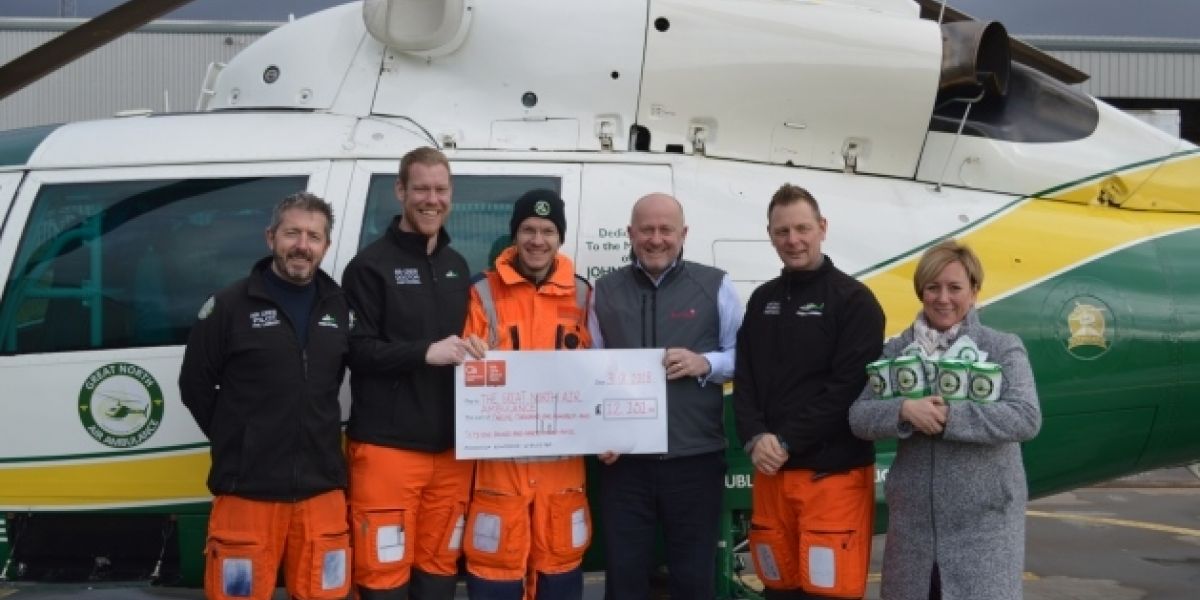 As part of its Charity of the Year initiative, the firm Burnetts has raised £12,151 for the GNAAS, helping to equip four crew members with helmet, flight suit, boots and specialist kit at a cost of £3,000 each.

Each year partners and staff vote to choose a charity on which to focus their fundraising efforts. For the last twelve months, Burnetts’ teams have been running, cycling, golfing, snacking, dressing up, dressing down, selling novelty balloons, holding raffles and much more all with the aim of raising £10,000 for the GNAAS. That target was reached in November 2017, but everyone was determined to continue.

One of the major contributors to the total raised was a Charity Golf day in August 2017 championed by Partner Richard Miller which raised almost £4,000, thanks to the support of 25 other businesses who either competed or provided welcome sponsorship. A cross-Cumbria cycling challenge organised by trainee solicitor George Farrer also boosted funds as a result of the efforts of 10 cycling lawyers and their support teams.

The charity partnership came to close at a cheque presentation on 31 January 2018 which was held at the GNAAS base in Langwathby, when Managing Partner Nick Gutteridge and HR Manager Helen Dawson were given a tour of the base and met members of the GNAAS team.

Nick said, “Burnetts has a network of offices, spanning the catchment area of the GNAAS so everyone in the firm had seen the helicopters and been aware of the life-saving, emergency support the charity provides. We have thoroughly enjoyed our year fundraising for such a worthy charity. Going behind the scenes has been fascinating and meeting some of the GNAAS medics to hear about their work has been inspiring. The GNAAS has been a fantastic charity to work with and I hope that we will partner with them again in the future.”

It costs more £5.1m each year to operate the service GNAAS provides. To find out more about the work of the Great North Air Ambulance Service go to https://www.greatnorthairambulance.co.uk/.

Burnetts has offices in Carlisle, Penrith, Cockermouth & Newcastle. For further information on Burnetts visit www.burnetts.co.uk. The firm’s 2018/19 charity partnership will be announced shortly.