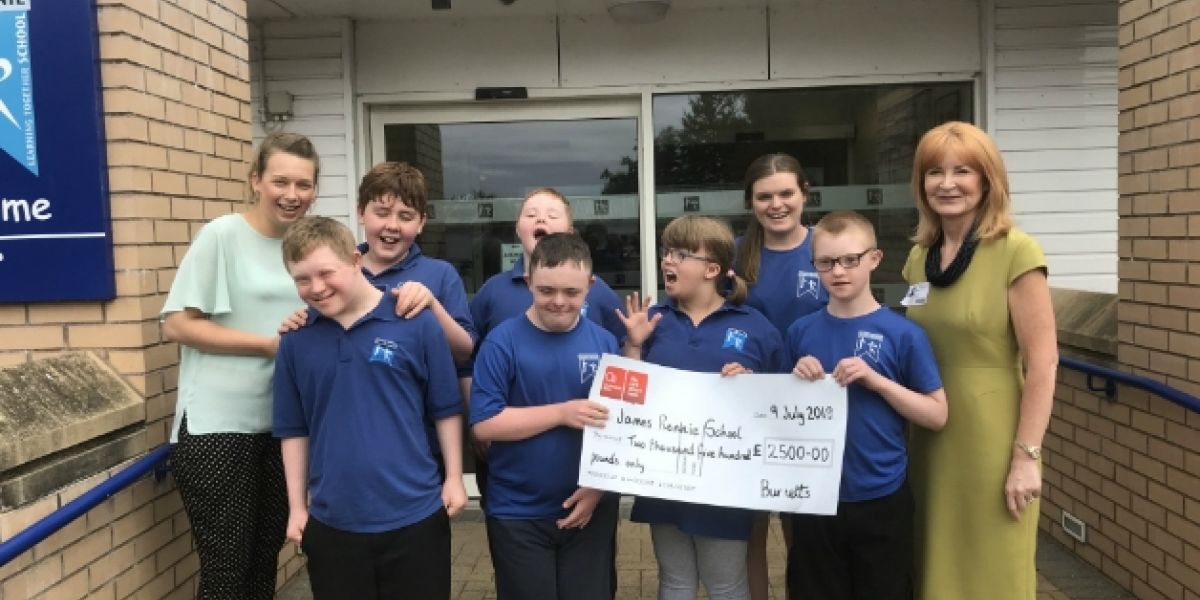 Mum Wendy Banks had written to Angela (pictured above far right), a Partner at the Carlisle law firm asking for a raffle prize for a Race Night which aimed to raise money for Christmas celebrations at James Rennie School. Rather than donating a bottle of wine or a branded umbrella, the firm offered to meet the entire cost of Christmas!

A member of the Parent, Teachers and Friends Association (PTFA) at James Rennie, Mrs Banks had explained that the group was struggling to raise the £2,500 they needed to fund Christmas activities including a traditional Christmas dinner, transport to the nativity at St Cuthbert’s Church, a Christmas party and a visit from Father Christmas with gifts for all the students.

James Rennie School is a Special School for students aged between 3 and 19. The school caters for approximately 145 pupils with severe and profound learning difficulties. Some pupils have autism and a wide variety of disabilities.

She said, “I’ve seen first-hand what a fantastic and enriching experience Christmas can be to children with learning difficulties and disabilities so when Wendy told me that the PTFA was finding it a challenge to raise funds, we didn’t hesitate to jump in with an offer of help. Many of our clients are current and former students at James Rennie so we are delighted to be able to support the school in this way. I’m looking forward to enjoying a mince pie with students in December.”

Angela presented a cheque for £2,500 to pupils and staff at James Rennie earlier this month.

In September 2017, Angela also won the award for Outstanding Individual Contribution to Charity at The North East Charity Awards, following a nomination from The Percy Hedley Foundation

The PTFA’s Race Night took place as planned, raising £3,000 which will now go towards the cost of refurbishing the school’s hydrotherapy pool.