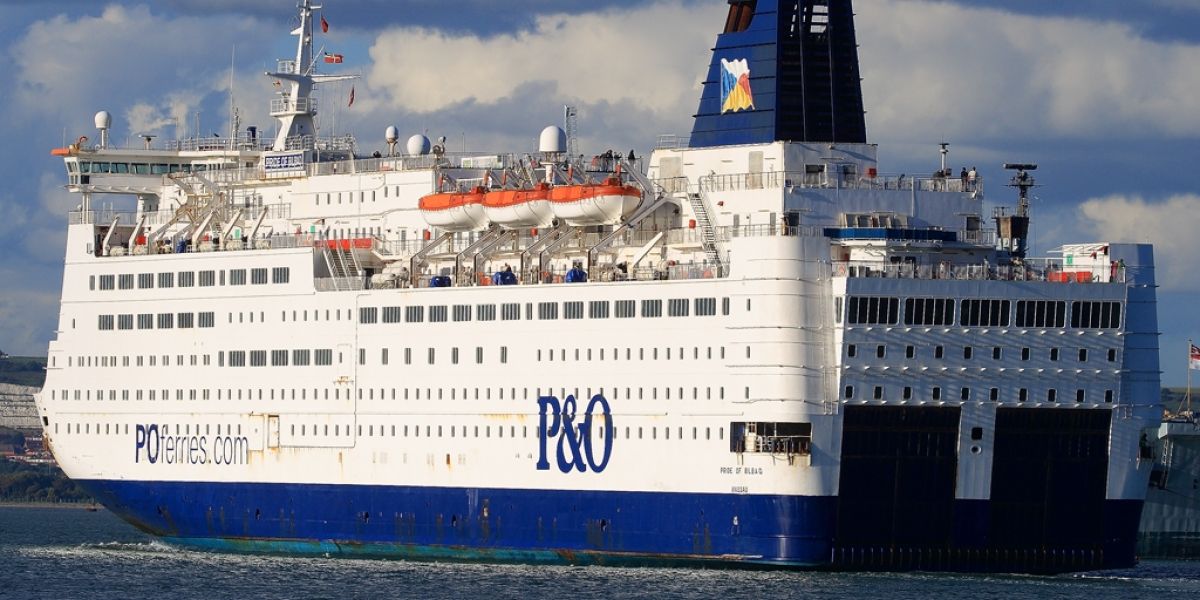 On 17th of March 2022, P&O Ferries Ltd announced plans to dismiss approximately 800 seafaring workers. The news comes following the fact that P&O has been losing around £100 million year-on-year. A loss which P&O states is no longer coverable by their Dubai-owned parent company DP world.

P&O were seeking to reduce these losses by undertaking a mass restructuring of their workforce. The company has made the decision that its vessels going forward will be primarily crewed by a third party crew provider. This meant dismissing all employed staff and bringing in new workers.

The ejected workforce were understandably disgruntled with this dismissal. Reports state that the employees were notified via Zoom video call that their “employment is terminated with immediate effect on the grounds of redundancy. Your final day of employment is today”. As such, these workers have occupied the ferries and refuse to leave until they are afforded fairer treatment. As of 21st March 2022, the P&O ferry crews at Dover have been replaced by seafarers who are being paid approximately £1.80 per hour.

News reports that are coming through question the legality of these acts by P&O, and it has given further credence to the long sustained argument that fire and rehire practices should be outlawed.

The applicable law in this scenario relates to Collective Redundancy, which is where an employer proposes to make large scale redundancies of 20 or more employees within a period of 90 days or less. The collective redundancy provisions of the Trade Union and Labour Relations (Consolidation) Act 1992 (‘TULRCA’) outline the minimum requirements, and potential sanctions. Fire and rehire tactics are not illegal working practices, so long as the correct redundancy procedure is carried out.

In a case of collective redundancy, the company must consult on its proposal with representatives of the affected employees and also notify the Department for Business, Energy & Industrial Strategy. The consultation:

The maximum sanction for breaching this consultation requirement is up to 90 days’ pay for each affected employee.

Is P&O in Breach?

P&O is a subsidiary of a Dubai-based company. Recent reports are showing that certain vessels in the P&O Fleet are not registered to the UK, but abroad. In conjunction with the fact that P&O trades internationally, this means that P&O is not subject to UK employment law. In the remit of paying staff, P&O are legally bound by the International Transport Federation and the International Labour Organisation rules.

There is a good argument that an otherwise ‘generous’ severance package indicates that P&O knew they were being unreasonable in their redundancies.

Some reports have floated the likelihood of unfair dismissal claims. However, according to Section 98(2)(c) of the Employment Rights Act 1996 redundancy is a potentially fair reason for dismissal, which could likely be shown to be necessary by the annual losses P&O was suffering.

In regards to P&O’s new workers, workers must be paid the minimum wage under the National Minimum Wage Act 1998. The minimum wage must be paid to all employees or workers working in England and Wales. However, it would seem that the new employees are agency workers from an Indian company, and the National Minimum Wage requirements also do not have to be met.

It remains to be seen what the full legal ramifications of P&O’s actions will be here.

If they are registered in, or the employment contracts are governed by, the law of England and Wales, then P&O will have breached Employment Law provisions relating to collective redundancy. This being the case, they may be ordered to pay 90 days’ gross pay for each dismissed employee. 90 days’ gross pay for 800 employees could cost P&O millions of pounds in protective awards to dismissed staff.

However, if reports of registration abroad are true, and nothing in their employment contract acts to the contrary, then these agreements are governed through international labour laws. This means no adherence to collective consultancy is required and they are not bound by minimum wage laws for the replacements they hire. As such, despite the public outcry, P&O have not breached any UK Employment laws, making their large scale “fire and rehire” tactic, legal.

All business face financial hardships from time to time. While redundancy is never a favourable choice, there is nothing wrong with making staff redundant in the right way if it is necessary for business survival.

Even if P&O manage to successfully avoid any legal repercussions for these acts, this would only be because of a very complex legal arrangement. This is not the first time individuals or companies have utilized different jurisdictions for their own benefit and to ensure that they have lower legal requirements to uphold. However, as explained above, an employer governed by the law of England and Wales doing the same would have been hit with crippling business costs, and as such, the P&O case is an example of the exception to the rule and certainly not best practice.

The P&O example will be another chapter in the story of “fire and rehire” working practices. Normally, this is where large scale redundancies are made, and then the same workforce is offered their jobs on lower wages. This eliminates the legal hoops to jump through with amending contractual terms of employees, but is a worrying display of the asymmetry of the employment relationship and how legal protections for employees can be circumvented in practice. Fire and rehire usually pertains to the same workers being given lower wages, whereas the P&O case refers to cheaper labour being brought in.

A recent bill proposing to make the practice illegal was blocked by ministers last year. With such a high profile case, we may see further discussion on the future of fire and rehire practices in employment law.

Much remains to be seen on what will happen with the P&O Case. It is not certain what legal system governs P&O, and what (if any) legal provisions of their corresponding jurisdiction have been breached.

Even if P&O are legally bulletproof in this matter, the amount of bad press is overwhelming. Sit-in strikes and dockside protests on top of scathing reports and outrage by MPs, may encourage a change in legislation to protect seafaring workers from things like this in the future. This move may have saved P&O money on workers’ wages, but the damaging effect it will have on their reputation both as an employer and a service provider, may have a substantial effect on the company’s future.

This analysis has been brought to you by Anna Lovett and Alex Donaldson of our Employment & HR team. If you have any questions, you can contact them on 01228 552222 and hello@burnetts.co.uk