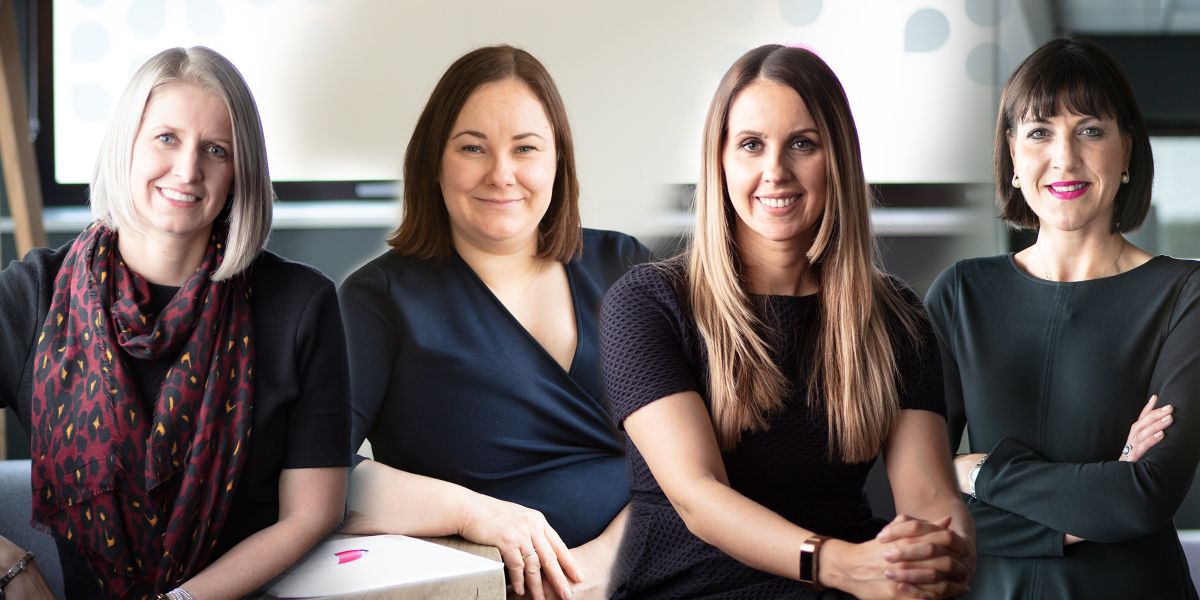 Solicitors Joanne McKenzie, Rachael Stephenson, Sarah Willshire and Chartered Legal Executive Kathryn Hill have been elevated to Partner - Kathryn is the first non-solicitor to reach partnership level at the firm.

Speaking about the decision to bring in four new partners, Managing Partner Nick Gutteridge said, “All four lawyers know their specialisms inside out and are absolutely committed to providing great client service: as a result they have each built up a reputation as the go-to lawyer in their own fields. Over the last twelve months, they have all taken on extra responsibility as Heads of Departments and have shown dynamism, innovation and dedication.”

Head of Agri-business Joanne McKenzie is based in Carlisle. Nick said, “She is a proud West Cumbrian - very grounded and straight-talking. Clients love her.” She is recommended in prestigious industry guides including Chambers & Partners and the Legal 500.

Rachael Stephenson joined Burnetts in 2017 as part of the firm’s succession planning in the Wills, Probate & Trusts team. She is described by Nick as “a breath of fresh air who goes the extra mile for her clients.” She is also a Legal 500 Recommended Lawyer.

Sarah Willshire is Head of Banking and one of three lawyers brought in with a brief to develop the firm’s banking specialism – a brief she has fulfilled entirely. Nick said, “Our door is always open to the right talent and Sarah came to us at exactly the right time.”

Head of Residential Conveyancing, Kathryn Hill is also from West Cumbria and is based in Burnetts’ Cockermouth office. Nick said, “Kathryn is an incredibly impressive lawyer – bringing a Legal Executive into the partnership is a first for us, but it would have been a loss to Cumbria if Kathryn had not been able to achieve her career goals here in the County.”

It was recently announced that Helen Hayward, James Johnston, Robbie Mather and Michael Walby had become part-owners of the business as equity partners, giving them greater involvement in shaping the overall direction and future of Burnetts. James, Robbie and Michael trained with Burnetts and Helen joined the firm in 2013.

Burnetts now has 18 Partners and employs 170 staff across four sites in Carlisle, Cockermouth, Penrith and Newcastle.