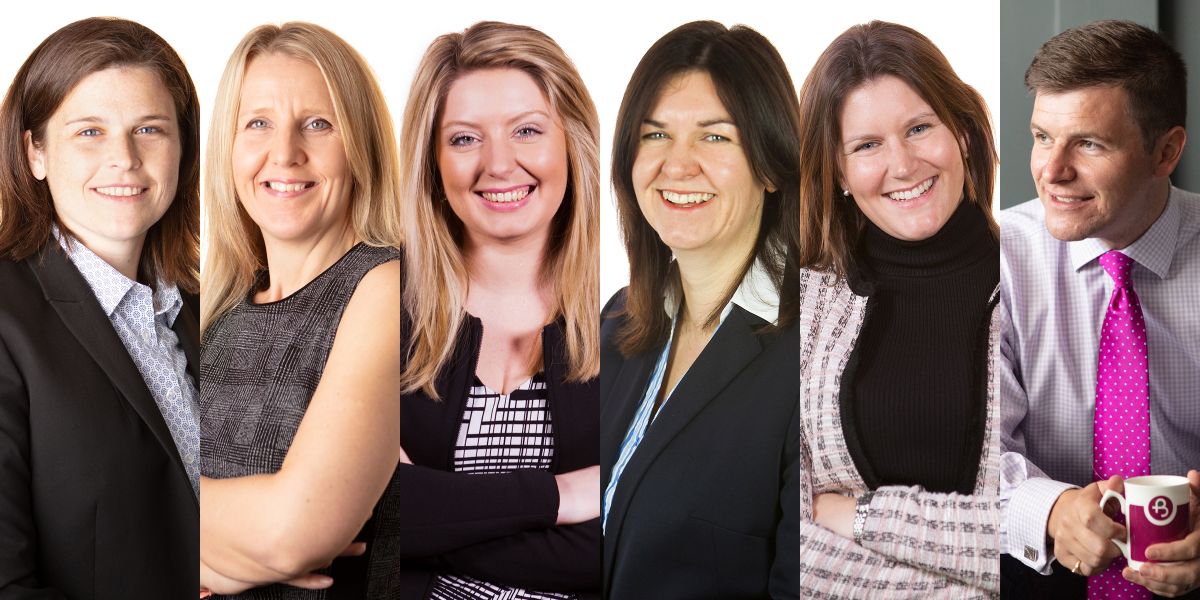 James Johnston joins the Cumbrian law firm Partnership from 1st January 2018. James first came to Burnetts as a work experience student in 2003 before studying Law at Durham University and completing his solicitor training in 2010. From the early days of his career, James was being praised by successive editions of the Legal 500 for his “strategic” and “measured” approach in his specialist field of commercial litigation. He has been Head of Burnetts’ Dispute Resolution team since 2016.

James, who is a former Trinity School pupil, lives in Carlisle with his wife and their four children. He is also Chair of Governors at Cummersdale Primary School.

Following a year in which over £30 million worth of damages was secured for brain injured children, three members of the Medical Negligence and Serious Injury team earn promotions: Jayne McCluskey becomes a Senior Associate, with solicitor Hannah Fitzpatrick and Chartered Legal Executive Caroline Manningham both becoming Associates.

Corporate lawyer Melissa McManus and Agribusiness specialist Megan Richardson also become Associates. Melissa, who is originally from West Cumbria, was recognised following consistently excellent feedback from clients who frequently praised her dedication and knowledge. Megan, although a relative newcomer to the firm, has established herself as a focussed and disciplined solicitor who efficiently turns around clients’ projects.

Speaking about the promotions, Managing Partner Nick Gutteridge said, “All those promoted in 2018 have contributed to Burnetts’ record-breaking success in 2017 and I am grateful to them for their hard work and commitment. I am particularly pleased to welcome James to the partnership.

“When James began his solicitor training ten years ago, I was his first supervisor - I have been delighted to see him develop and progress. He has led the Dispute Resolution team for two years and has re-shaped the team’s priorities and structure to meet ambitious targets as well as providing support to a new generation of trainee solicitors. He has made a massive impact on the team’s performance and I am confident he will play a leading role in Burnetts’ future.”