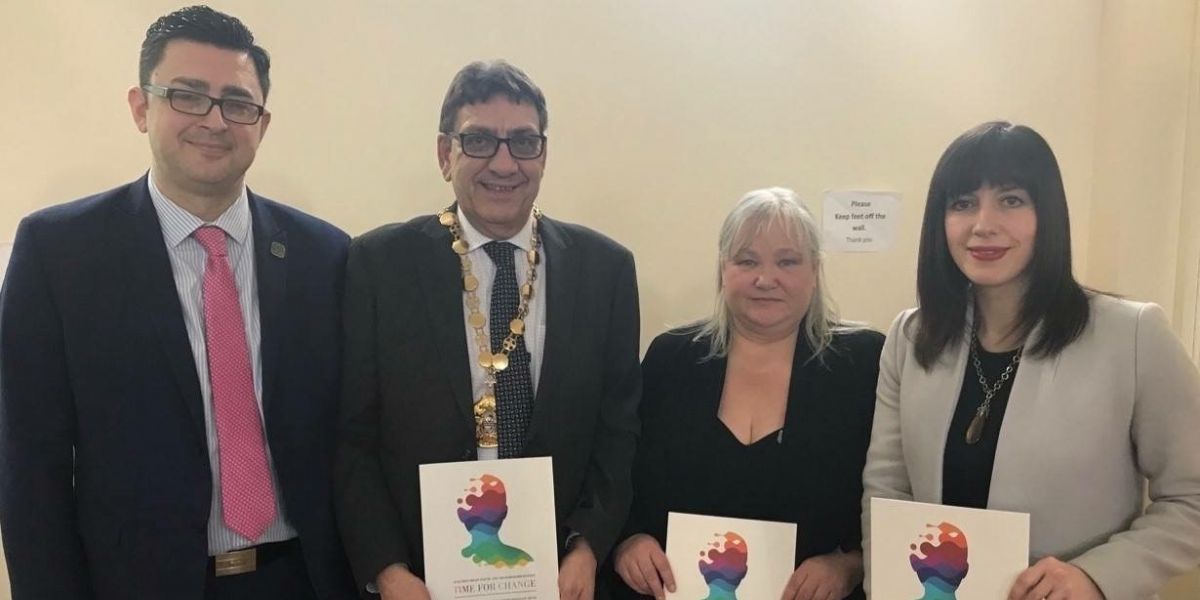 Bridget Phillipson the MP for Houghton and Sunderland South, and Deputy Mayor of Sunderland Councillor David Snowdon attended an event being hosted by Headway Wearside at St Mary and St Peters Community Project at 10.15am on 11th January 2019 to show their support for the Time for Change report from the All Party Parliamentary Group (APPG) on ABI.

The Time for Change report was launched in Parliament in November 2018 when the Chair of Headway Wearside Paul Brown travelled to Westminster with other brain injury campaigners to make the case for 20 key recommendations to improve outcomes for those suffering ABI, whether from major incidents such as car crashes through to those associated with sport-related concussion.

Paul who is a solicitor at Burnetts in Newcastle and an accredited litigator with 17 years' experience in handling serious brain injury cases is also the secretary of the UK Acquired Brain Injury Forum which was closely involved in the production of Time for Change.

Paul said, “The recommendations in Time for Change are all about improving education in schools, sport and the criminal justice system so that ABI is recognised immediately. There is a lot of evidence that early treatment and specialist neurorehabilitation can reduce longer-term needs and associated costs to the wider economy so we need to show MPs and other decision makers that early response is a worthwhile investment that will save money in the long term. We’re delighted that our local MPs and the Deputy Mayor recognise the importance of the changes we need to make across the region to improve access to ABI support services.”

During their visit Bridget Phillipson and Councillor Snowdon met with Headway Wearside trustees and members, many of whom have themselves suffered an ABI, before they signed the Time for Change document to indicate their support for the report’s recommendations.

Bridget Phillipson MP said, “Acquired Brain Injury can have a life-changing impact on those affected, but outcomes can improve significantly with early treatment and tailored, ongoing support. The recommendations in the Time for Change report are a welcome step towards making the provision of such care a reality, and I commend Headway Wearside for its commitment to the report’s recommendations and its important work in supporting brain injury survivors and their families.”

The Deputy Mayor of Sunderland, Councillor David Snowdon, said: “It’s important that we support the work of Headway Wearside, and our other health partners, with people suffering from brain injuries, which can have a significant impact on their lives and those of their families.

“Creating a better understanding of the possible long term implications of such injuries, and a greater appreciation of the type of care and support people need is vital if we want to improve the services currently provided.”

The full Time for Change report is available from https://www.ukabif.org.uk/campaigns/appg-report/

Burnetts’ Medical Negligence and Serious Injury team is based at Dean Street, Newcastle - the specialist team was recently announced as the Team of the Year in the 2018 Northern Law Awards.