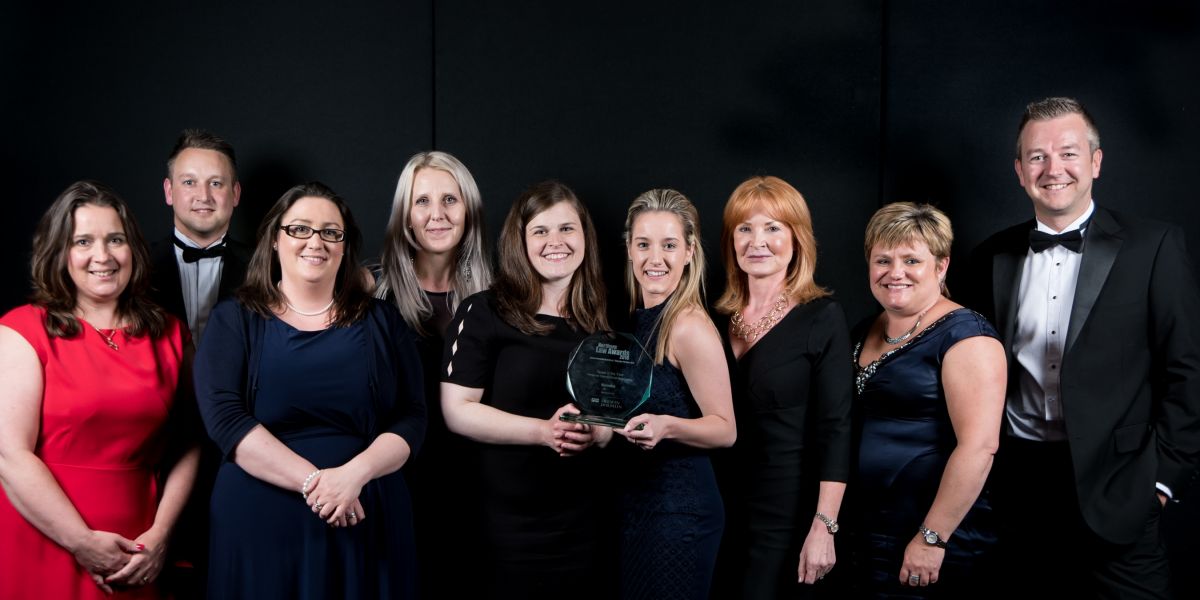 The team was presented with their award at a packed, black-tie dinner at the Hilton Newcastle Gateshead on 7th June. The “Team of the Year – Personal Injury / Clinical Negligence” award was one of the most competitive categories with the maximum of six finalists including DAC Beachcroft, Irwin Mitchell LLP and Ward Hadaway alongside Burnetts.

Speaking about their success, Partner Angela Curran said, “We have never entered the team for an award before but we have had a record-breaking twelve months, securing over £34 million in damages for our clients, and I felt that this was our year. The team has worked extremely hard and it was great to hear that the judges had recognised that we put our clients and their families at the heart of everything we do.”

Entries were judged on five criteria: legal expertise; appreciation by clients; client service excellence; project management skills and team working. As well as submitting a written application, shortlisted entries were required to attend an interview with the judges in May 2018. Entry was open only to law firms based in the North of England.

Angela added, “As well as having had a successful year for our clients, I felt our coast to coast offering set us apart from the other entries – we are the only law firm which genuinely covers the whole Northern region from West Cumbria to Newcastle.”

Burnetts’ MNSI team includes two partners, seven experienced solicitors, five paralegals and a Chartered Legal Executive, based at the firm's offices in Cockermouth, Carlisle, Penrith and Newcastle. The team is continuing its growth with the arrival of serious injury specialist Paul Brown, who is also chair of the brain injury charity Headway’s Wearside branch.

In September 2017, Angela also won the award for Outstanding Individual Contribution to Charity at The North East Charity Awards 2017, following a nomination from The Percy Hedley Foundation of which she is a Trustee.